As a founding partner of Southern California Reproductive Center, Dr. Ghadir is double board-certified in both Obstetrics and Gynecology as well as Reproductive Endocrinology and Infertility. A very popular, approachable and well-liked fertility specialist, Dr. Ghadir’s expertise has been featured nationally and internationally in the Los Angeles Times, Redbook, People Magazine, Beverly Hills Weekly, Antelope Valley Press, Fox News, ABC, BBC, Telemundo, Univision, The Bump and Marie Claire Russia, among many other media. He has not only been listed among Los Angeles Magazine’s “2014 Super Doctors,” but also named “Altruist of the Year” by Datebook Los Angeles. In addition to appearances on several television shows, his expertise is sought after among the LGBT media as well, including The Fight, The Mirror, Frontiers LA, The Bay Area Reporter, South Florida Gay News and 429 Magazine, among many others. More than his strong work ethic, Dr. Ghadir has built a reputation as a compassionate, responsive and hand-holding physician. A strong believer in preparing for the future, he is committed to helping patients retain their future fertility options – whether it is egg freezing, embryo freezing, or even when preparing for medical treatments that can affect reproduction, such as chemotherapy. 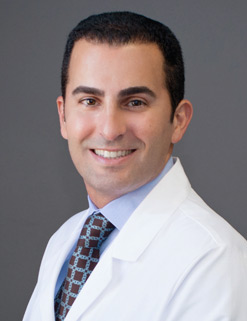 Inspiring StoriesTotally inspiring stories abound in the Australian surrogacy & donor communities about the journeys taken by intended parents and the surrogates who assist them in the Aussie October Seminar series may sell out. For me, there is huge joy in being able to help hopeful singles and couples to create family. Some of them […] For many couples who have experienced medical complications in pregnancy, including the heartbreak of late miscarriage or still-birth, working with a surrogate to create their family becomes the best way forward. However surrogacy arrangements can be complicated emotionally and logistically. Our information days profile surrogates, egg donors and parents who have gone down this route. […]

Vaccinating Surrogates against Covid19 – What are the facts?

The issue of COVID-19 vaccine administration in pregnancy is a really contentious topic. Various professional organizations have offered guidance that has ranged from a strong endorsement of receiving vaccination to a more cautious stance. Evidence is showing that pregnant women are a high-risk category. What this means is if surrogates contract Covid and this develops […]