As Australia’s 11th consumer conference on family building options approaches on 18-19 June in Sydney, Growing Families director Sam Everingham profiles one of the many woman who struggled with repeated miscarriages over more than a decade, before turning with her partner to a US surrogacy program using donor eggs and sperm from her partner’s brother.

From the age of eight Audrey had yearned to be a mum above all else.  “But” she admits, “I grew up in a really strong feminist household. (We were) raised that we can be anything we wanted to be – the undertone was as long as it was a white-collar male dominated industry … so a lawyer or a doctor …but not a stay-at-home parent.”

In her thirties, her relationships with female partners became more serious. Aged 31, Audrey started to look at having a child with her partner. They planned for Audrey to carry using her partners eggs and a sperm donor. But such a concept was outlandish to the IVF professionals she approached.

“They just laughed at me. Don’t be ridiculous, like, that can’t happen”.

Audrey put the whole family building idea on hold. By the age of 34 she was starting to wonder  – “What’s my purpose in life? I earn money and I’m saving for a family which I don’t have”.

The yearning to be a mum would not leave her. Audrey had met a new partner, Bridget. All they needed was a sperm donor and they could try home insemination with a plastic syringe.

A male friend offered his goods. The attempt failed so they took up another friends offer. At some stage Audrey recalls a third friend’s random boyfriend provided a batch. Audrey recalls driving to collect from his place in a nearby suburb. “We came home with the sperm in the jar ….keeping it warm”.

Nothing worked. Bridget remained supportive and they turned again to an IVF clinic. By now the clinic had a sperm bank partner and was prepared to work with them using intra-uterine insemination.

But even these IUI procedures failed. Given Audrey’s age, the doctor recommended full in-vitro fertilisation processes. Still, they struggled to make many embryos and each transfer failed.

Each embryo transfer invariably miscarried in the first eight weeks. Audrey lost count of how many times this happened. Her doctors could not provide any medical explanation.

Her friends started asking Audrey what was keeping her going in the face of these repeated failures.

Then finally success. A transfer stuck. Fourteen weeks pregnant, Audrey celebrated getting through her first trimester without her usual miscarriage.

Audrey, her partner Audrey’s parents, her sister, her sisters’ husband, their children and their boyfriends  were together on a flight from Perth to Tokyo for a family Christmas. This was to be a sweet celebration – Audrey’s journey to parenthood was now over the first trimester hurdle.

In Perth airport’s Qantas lounge, Audrey started cramping. She knew what was coming. There was no way she was going to miscarry in a city where she knew no-one. She curled up on a couch in pain. When the flight was called, she joined her family, pretending she was fine.

Soon after the flight took off, Audrey could feel blood seeping from her pants. Swapping seats with her mother meant she was right near the toilet. Every twenty minutes she went in, using as many wipes as she could find to mop up the blood. Audrey stuffed paper towel into her pants, returning to her seat to wait for the next spasm.

Aircrew members started to ask was she already. Did she need a doctor?

‘No, I’m just miscarrying’ Audrey shrugged, unaware of how much blood she was losing.

After four hours of this, a Qantas crew member appeared with a doctor on the flight list – fortunately an obstetrician. It was very clear Audrey was dangerously anaemic.  The airline carried intravenous fluids and radioed through to obtain permission to use these. But ground control had a strict policy. IV fluids could only be used in case of medical emergency. Over the next four hours, Audrey continued to bleed internally.

At one point Audrey recalls staggered down the aisle to the toilet. Before she could even lock the toilet latch, she blacked out, smacking her head against the wall. The doctor on board now insisted if fluids were not given, Audrey was not going to survive. Clearance did come through and the obstetrician managed to pump a litre of fluid into Audrey’s collapsing veins.

But Audrey’s blood pressure remained critically low. The captain diverted the flight, making an emergency landing in Manila. Audrey was wheeled off on a stretcher.

The next thing Audrey remembers, she was in a recovery room. The familiar dilation and curettage procedure to clear out the foetus was all over.

The next day was Christmas morning. Audrey recalls coming down to her Manila hotel lobby, on her way to the airport to continue their journey. Unaware of the Philippino intense Catholic faith, she was caught off-guard as all the staff beamed beatific smiles, chanting “Joy to Baby Jesus!”

The most traumatic part was still to come, once Audrey and her family were re-united in Tokyo.  After so many losses, her family had at last dared to buy baby clothes as gifts to put under the tree. Audrey and Bridget were having a family. And now they were not.

Audrey has more strength than many other women. This trauma was not going to deter her.

About a year after the Tokyo mishap, Audrey and her partner were enjoying a cruise. Suddenly she started to cramp and feel blood between her legs.  She reported immediately to the ship’s doctor. At least this time they prevented the massive blood loss. It was only now Audrey realised she could not go through this again. She recalls a family event a few months later.

“We’re just sitting around and I was in tears. The only other thing I know of is surrogacy and it’s super expensive so I can’t do it ….. And my parents just went, look if it’s this or nothing, then we’ll pay for it”.

Boy-girl twins Henry and Stella arrived six weeks early in February 2018. Audrey has nothing but positive words about the US professionals who helped them. The US birth certificate listed both her and Alice as the legal parents and this document along with US court orders were used to grant their newborns Australian citizenship by descent. That process was all very seamless.

Audrey wishes she had started trying to start a family far younger. Seeing the terrible struggle her daughter went through, Audrey’s mother also admits she said the wrong thing about waiting to have children.

Growing Families 11th consumer conference on 18-19 June aims to provide options for intended parents who have struggled with fertility issues, including miscarriages and may require donor eggs, surrogacy or adoption programs. The two day event features panels of parents, surrogates, donors and tweens born via surrogacy, as well as some of the worlds leading medical experts in the area. 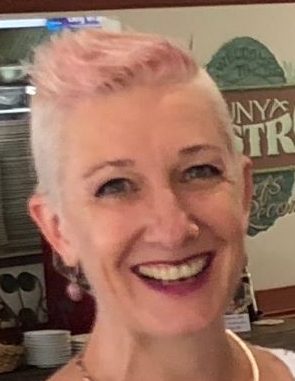 The Good Father – Lessons in Co-parenting

Gay dad Rodney Cruise is something of an expert on setting expectations in Co-parenting arrangements. Over the last 14 years Rodney and his Taiwanese partner Jeff have between them fathered a child via surrogacy, four via co-parenting with two lesbian couples and five further children via ‘identity-release’ sperm donation. For many busy professionals, co-parenting seems […]

Many of us have benefited from egg donors to have a family – now its our turn to give back by becoming a sperm donor. Over the past couple of years, Australia has seen sperm donor waitlists escalate because of the pandemic. We’ve also seen increased demand for sperm, with increasing numbers of single women […] Eight Long Years With A Beautiful Boy At The End

This guest blog is from Australian mum Jessie Schuhart McRae who will speak at the 4 July Domestic Surrogacy Webinar Infertility isn’t something you ever think about growing up.  You fall in love, get married and say one day when we are ready we will start our family.  For us we did a lot of […]