The Not-Forgotten Infants Trapped By CoVid 19

The priority of most nations in response to the Covid-19 pandemic has been to close their borders to foreigners while getting their own citizens ‘back home’. Many countries have shut down government departments, closed visa applications – some have introduced night-time curfews.

This repatriation focus on nationality over need has had a terrible impact on thousands of couples engaged in international surrogacy arrangements globally. Many of these have had children born to surrogates in recent months, or are expecting births in the days, weeks and months ahead.

The key nations with surrogacy births to foreigners currently are the US, Canada, Ukraine and Georgia. Each has their own risks and complexities in entering and survival.  For some countries the closure of services such as Birth, Deaths and Marriages departments on top of a ban on hospital visitors has seen undocumented newborns lying in hospitals for weeks with only basic nursing support.

The barriers for worried parents are many – in the case of the US, it is the enormous risks of Covid-19 exposure as well as difficulty getting a US passport in the face of government shutdowns.

In Ukraine & Georgia, their airspace remains closed to all but locals needing to return home. Both countries also require intended parents to apply for special permission to enter – but these applications need to come from their embassies. Anti-surrogacy nations like France and Spain are refusing to co-operate – leaving their citizens with no chance to be united with their newborns for possibly months. Conversely nations such as Australia and the US are working long hours to do all they can to assist.

Canada has done a particularly good job of overcoming its ban on foreigners entering Canada, passing emergency amendments to ensure that intended foreign parents could be considered family members of their (as yet unborn) children.

Some parents with the economic means have travelled overseas months earlier than their expected birth, in case travel restrictions tighten further. Many who want to do the same have just too many barriers.
*

Caitlin Mulcahy is an Australian mum of five trapped in Tbilisi, Georgia. The decision to engage in overseas egg donation and later surrogacy was not made lightly

‘For me, after 10 years of attending a bunch of fertility clinics in Perth and being lead along to believing they could actually do something for me – after paying thousands for IVF and very poor customer service, (we) finally looked outside the box and researched other options overseas…..  The overseas agencies and clinics are very efficient and successful ….  Compared to Australia … customer service is superior’

She and husband Russell arrived in Georgia on 28 February with a one-year old Clayton in tow. Their surrogate, unusually, was carrying triplets and the birth occurred hours before their arrival. Her newborns were six weeks premature, so were rushed to neonatal intensive care. It was three weeks before they were well enough to be discharged. Caitlin & Russell were forbidden from even visiting the hospital until then.

Georgia has imposed some of the strictest restrictions of any nation. In the seven weeks since the Mulcahy’s arrived, these have worsened. The only services open are supermarkets, pharmacies, and general medical services No one is allowed outside unless to these facilities. There is a curfew after 9pm. Fertility clinics are closed indefinitely. On 17 April Georgia imposed further bans – no car or taxi movement without special permission. Face masks are now mandatory but pharmacies have no masks or gloves left in stock. Even pharmacies are closing as their supplies dwindle.

While Caitlin and Russell have remained remarkably stoic and practical – Russell does the night shift then sleeps in the day – Catitlin does the daytime shifts – it has been tough. ‘I’ve found it quite difficult mentally being stuck inside all day, everyday‘ admits Caitlin.

The Public Service Hall where birth certificates are issued, documents are translated and notarised is closed indefinitely. It means processes required for Australian citizenship processing are not available.

‘Our babies have never had a check-up – because of the quarantine measures they said not to bring them to the hospital again’ says Caitlin . ‘It has been a nightmare situation. Trying to get through each step is difficult and there are several milestones to be reached before the next can occur’.

The Australian government have made special arrangements to accept alternative documents and translations, but in Caitlin’s case, the birth hospital has been unable to produce birth records. Without them, her babies will remain a citizen of no nation. DNA tests are finally in process.

The triplets are likely to receive travel documents soon, but there will be further problems. With Australia having no diplomatic mission in Georgia, the UK embassy is stepping in to provide emergency travel documents – but only once they have citizenship.

But for the Mulcahy’s there is a bigger problem. According to aviation law, each infant needs to be seated with an adult on flights. Caitlin’s brother was booked to come to Georgia to help out – until all flights were cancelled. Caitlin put out a desperate plea on social media for any other Australians in Georgia who might help. The one couple who could have done so flew home with their infant two days ago.

There are scores of couples with similar stories in Australia and around the globe. One Melbourne couple’s daughter was born in Tbilisi almost four weeks ago. While her parents have finally received permission from Australian and Georgian to travel to be united with their daughter, Georgian Airlines are not allowing foreigners to board its repatriation flights. Their daughter was refused a DNA test last week as there was no legal guardian present.

For the dozens of families with babies born or due in Ukraine, the situation is almost as dire. Australians and many other nationalities require visas to travel there, but these are now only being issued with the intervention of the Ukraine Ministry of Foreign Affairs. Then there is the special permission to travel. Given the Covid-19 situation in Eastern Europe remains so fluid, Ukraine will only grant such permission 48 hours before an intended parent is due to cross the border.

Meanwhile, with no flights into Ukraine, if and when travel permission is granted, desperate parents (mostly intended fathers) are, with our assistance, flying to neighbouring Belarus and making an eight hour road trip to Kiev before entering two weeks of quarantine.

Some still unable to enter Ukraine, like Brisbane couple Julian & Sophie Parkinson have further complications. Sophie holds French rather than Australian citizenship. Given the French government’s refusal to help, Sophie remains stranded in Paris while only Julian may be given permission to enter Ukraine.

Here in Australia over 94 Australians have applied to the government for permission to travel for surrogacy births – 10 of them children. Some have had to make repeat applications after being rejected. While fewer than 30 percent have yet been authorised to travel, the Australian government is doing its best, devoting considerable resources to this issue. Meanwhile dozens of foreign couples from around the globe remain trapped in Ukraine with newborns, while dozens more wait to enter. The situation is similar in the USA.

It is an anxious time for many intended parents. We have been contacted by Swedish, French, Canadian, US, Spanish, New Zealand and many Australian couples desperate for help their own governments will not or are struggling to provide. Some have resigned themselves to putting in place temporary care arrangements for their children.

So what is needed? More co-operation between governments to ensure the welfare of vulnerable newborns is not forgotten amidst the global panic around viral containment. There will be solutions, but parents need to be patient as this nightmare continues.
Sam Everingham

If you have an upcoming surrogacy birth in another country and need assistance, you can reach us on [email protected]

There are thousands with health or fertility issues or a lack of the necessary anatomy that might once have prevented them raising a genetically connected child. Not anymore. When Film-maker and activist Lance Black and Tom Daley announced they were going to be dads via surrogacy in the UK press, there had been mixed reactions. […] Australia’s eighth annual surrogacy & donor conference for intended parents for the first time had a whole day devoted to domestic surrogacy. A record crowd of 180 intended parents attended from around the country, to network,  and hear from experts, panels of surrogates, parents, egg donors, and donor-conceived children. The success of the event would […] 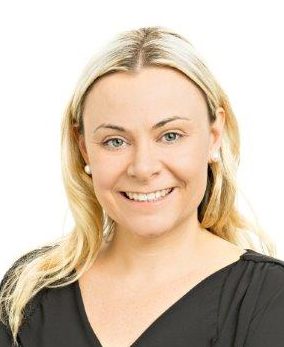 Three Australian jurisdictions – NSW, ACT & Queensland – have laws criminalising overseas surrogacy. However like the long outdated provisions criminalising abortion in NSW, these are laws which have never been prosecuted. In fact even when the rare case has been referred to the Director of Public Prosecutions, they have declined to take action. There […]